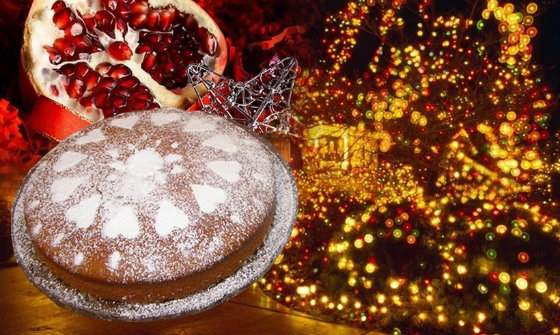 Someone guesses that these have, among others, and index importance, with the masquerades and the various names that have become with, and revive until today in the region of South Evros ( Rougkatsia, Babaliaroi, Baboytsiareoi, Tzamales, Camels, etc.)

On Christmas Eve and pre - Eve, the villages slaughter pigs whose fatty meat was perfect for the harsh Thracean winter. The large intestine of the pigs is then cleaned and stuffed with chopped meat, leeks, rice and herbs in order to make up the main dish in the festive dinner table.
Adults and children sing the carols that vary across Evros depending on where everyone is from.
In areas where people come from northern Thrace, mainly from Ortakioi, adjacent to Trigono, the carols are about the birth of Jesus. The Virgin Mary is presented a common woman who is in labour and needs the support of her fellow man ( Mikro Derio, Protoklisi, Avdella Dichou, etc).

Another carol category, are the ones sung by people that come from eastern Thrace (Makra, Gefira amd Malgara). This is a peculiar set of carols. While they refer very little to the Birth of Jesus, they focus on the suffering of adult Jesus on the cross. A characteristic version is the one in the village Sitaria in Didimoticho.

Carol singing includes ‘sourvisma’. The children singing the carols hold a cornel branch, an evergreen tree, with which they pat the back of every man of the house.
On Christmas Eve evening, everyone will gather around the dinner table to eat ‘the nine dishes’, vegetable based dishes and dry food like halva, unleavened pie, cabbage, peppers, aubergines, tomatoes, pickles and salt and pepper. In many households, the father would place a small amount of money under the ‘mesala’ (tablecloth). The money was collected by whoever tidied up after dinner, (usually the children).

On Christmas dawn, everyone went to church. Both locals and immigrants from eastern Thrace in Evros had ’mpampou’(a kind of sausage) on that day, while in Samothrace people feasted on pork cooked on a spit which was found in every household’s garden.

On the second day of Christmas in the village Petrades, two young men dressed as wild men (man and woman) called ‘’Mparmpoutsiareoi” go from house to house terrorizing children and collecting gifts. This is a remnant of an ancient custom that summoned vegetation and fruition of the land