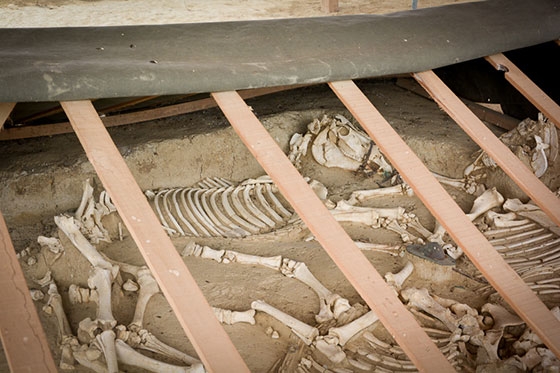 In the beginning of the 2nd century AD, four members of a rich, feudal family died one after the other. They were cremated and buried in the same spot, close to the road that led from Adrianoupolis to Philipoupolis. In this location a great burial tomb was constructed to keep the memory of the dead alive.

The area belongs to the municipality of Orestiada today and is situated close to the villages Mikri Doxipara and Chelidona.

The excavation revealed four big ditches that contained the cremation residue of three men and one woman together with numerous offerings such as clay, glass and bronze pots, bronze lamp stands and lamps, weapons, jewelry, wooden boxes etc. The five carriages in which the dead were transported were buried in the same space together with the horses.

Next to them, another five horses were buried. The metal functional and decorative parts of the carriages remain intact, whereas the wooden parts can still be seen in two of them. 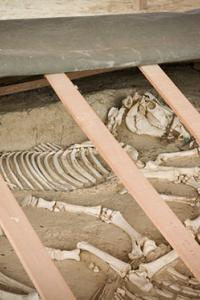 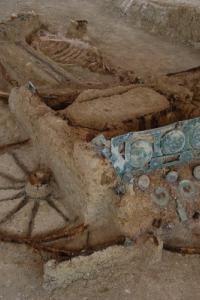 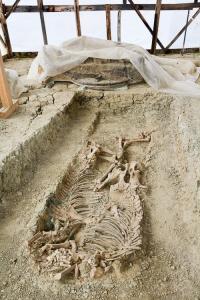 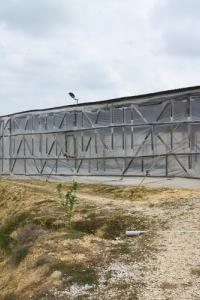 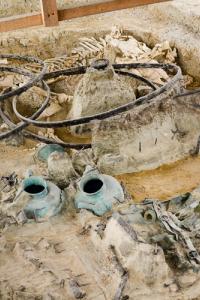 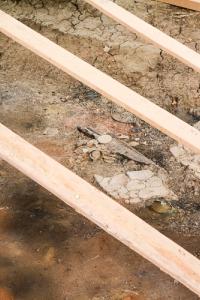