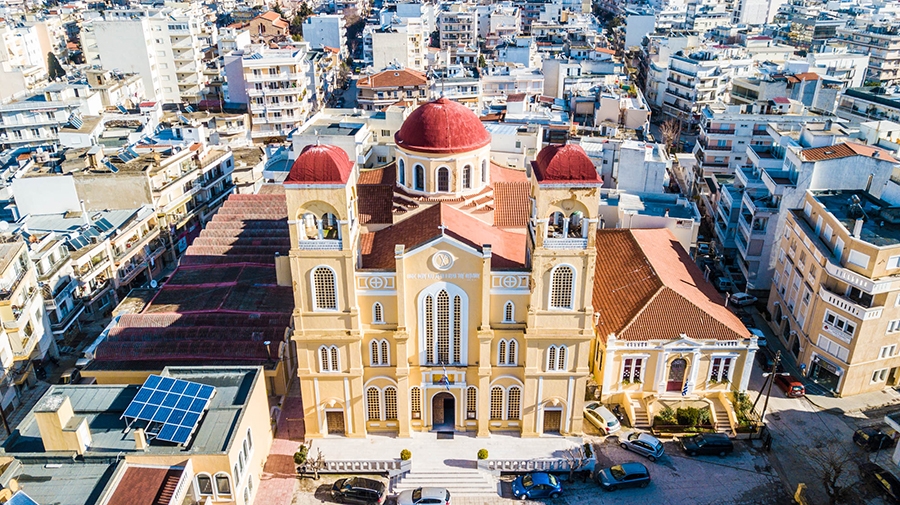 St. Nicholas cathedral and the two schools complex is a structural gem in the city of Alexandroupolis. Built in the neo-classical style, the complex represents the diptych of Greek Education and Christian Orthodox Faith and Worship.

St. Nicholas Cathedral lies in the middle. What with the first residents of the city being seamen, they honoured their patron saint by building a resplendent church with a marble iconostasis (wall of icons). Inside the cathedral, the icon of the Trifotissa Virgin Mary (19th century) brought by immigrants from Ainos, stands out. It is embossed with wood and rare pigmentation so that the plasticity of the faces and the crease in their clothes become life- like.

The former high school, which today houses the Ecclesiastic Museum, is situated on the left of the cathedral. The school inscription reads, LEONTARIDIOS URBAN SCHOOL FOR BOYS, DEDEAGATS, 1909 and it was indeed as grand as the sign evokes. The exhibition includes old church icons from Eastern and Northern Thrace, wooden-carved iconostasis and Episcopal vestments as well as historical documents concerning Thrace.

A gallery with works of Thracean artists is housed in a separate room along with the ecclesiastic library, a kind donation by Metropolitan Anthimos to the area where he teaches his flock.

The triptych is completed with the old elementary school, where great figures like cartographer Athanasios Spanos taught, a paradigm of educational and national campaigner, Aggelos Poimenas, a leading figure of the local cultural life and archeological research enthusiast-innovator, and last but not least, Theodoros Charalampidis who conducted children’s choirs.

Inside the small garden that covers the one side of the square, the figures of former bishops made from the finest white marble stand high on their pedestals. 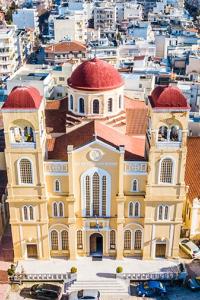 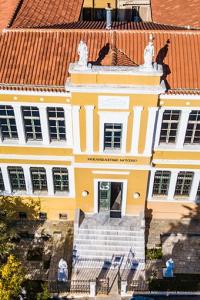 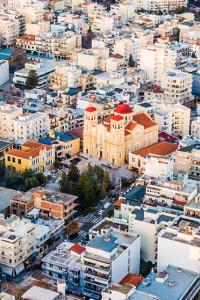 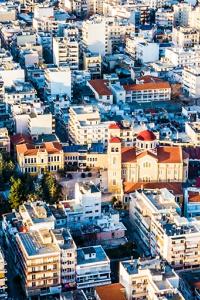 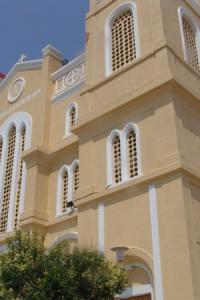 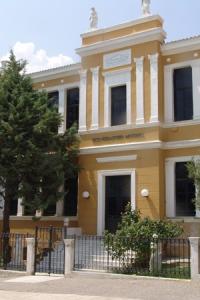