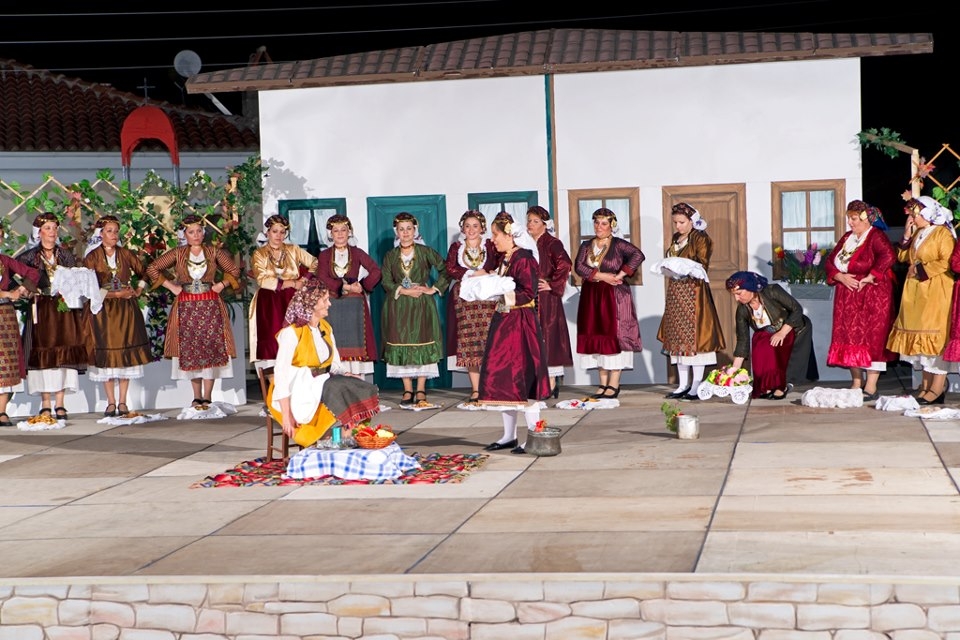 A characteristic custom of Thrace that is still carried out in many areas, is the ‘mpampo day’’ (Old Lady’s Day). It is a custom brought by immigrants to their new homes from northern and eastern Thrace. Immigrants from Bulgaria called it ‘Mpampo den’, the ones from Turkey ‘Mpambou Giounou’ whereas immigrants from the coast of Pyrgos (Mesimvria-Sozopoli) called it ‘Mpambotera’.

‘Mpambo Day’ takes place on the 8th of January, on St. Dominic day and it celebrates the importance of grandmothers, who contributed greatly when mothers were in labour. In ancient Greece, the grandmother was called ‘mammi’ and being wise and experienced in life, helped pregnant women give birth. In the course of time the tone transferred in the second syllable and became ‘maia’ which nowadays means midwife.

In the village N. Vissa and other villages in northern Evros, where midwives don’t exist anymore, the custom functions like this:

In the morning of the 8th of January, every woman in the village that had a baby the previous year, visits ‘Mpambo’ bearing gifts, a towel and shoes, which symbolize the fact that ‘Mpambo’ had to wash her hand frequently and worn her shoes off quickly, going from house to house to deliver the babies. Wearing her Sunday best she reciprocates with wishes and treats. When all the women have assembled, they bring the ‘Mpampo’ in procession to the village’s fountain, where each woman washes the old lady’s hands ritualistically. The women then have a big party in a village café but men are excluded from the fun.

According to Folklore experts, the tradition has ancient Greek roots and may be a remnat of the ‘Thesmoforia’, a farming festival where the women called upon fertility, or ‘aloa’ (threshing floor), that took place at the same period. In this festival again only women took part, having a procession where they sang songs with obscenities and on the tables the wine was flowing and decorated with penis effigies. All these traditions were characteristic of festivals celebrating fertility of both people and seeds. 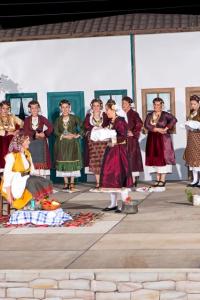